Who’s leading The Way When It Comes to Global Female Start-ups?

Who’s leading The Way When It Comes to Global Female Start-ups?

As an advocate for women in business, I’m always interested in the available statistics and metrics around female-led and female-owned businesses across all sectors, not just recruitment. A recent report by the House of Commons actually dedicates a whole section to Women in Business on a global scale, and the findings are intriguing.

You may think it’s the western world that leads the way, but you’d be wrong. The top 5 countries ahead of the game when it comes to female-led businesses are actually in the Middle East, Africa and Europe:

The United Kingdom comes in at 15th out of 54 countries, with the USA coming in 25th.

(See the attached Graph). Some of the countries ranking ahead of the UK are also very surprising.

What are the factors behind this outcome?

It may be a question of necessity as opposed to opportunity. Smaller economies are likely to be forced to look for international consumers, rather than relying on the domestic market, to achieve the required financial returns. NGO’s and government initiatives are also driving through initiatives around female entrepreneurs and women in business networks. Lebanon was without a President for almost a year back in 2015, and startups stepped in to bridge the gap around basic services and issues, from Recycling to traffic jams. The We-Fi project, “e-Commerce and Women-Led SMEs in Lebanon,” launched in July 2019, and is designed to help women entrepreneurs expand their access to domestic and export markets through e-commerce platforms.

In the Netherlands, female startups founders are creating a huge impact on the start up scene across a variety of sectors including, Education, design, legal and Fintech. The Dutch also have a wealth of female-led initiatives to encourage women to participate in the economy through hosting key events promoting female entrepreneurship including TEDXAmsterdamWomen, European Women in Technology and TheNextWomen summit.

What does this mean for the UK?

Firstly, it highlights there is still some way to go when it comes to encouraging and facilitating female entrepreneurs. Factors such as education, government grants and funding and facilities provision, need to become an even bigger priority when it comes to encouraging female entrepreneurs and leaders. Paternity leave and flexible working are still falling short of enabling women to contribute to the overall success of the countries economy.

In saying this, as I’ve said before, female networking is on the rise and women are empowering others, instead of firmly closing the door behind them on the way up. 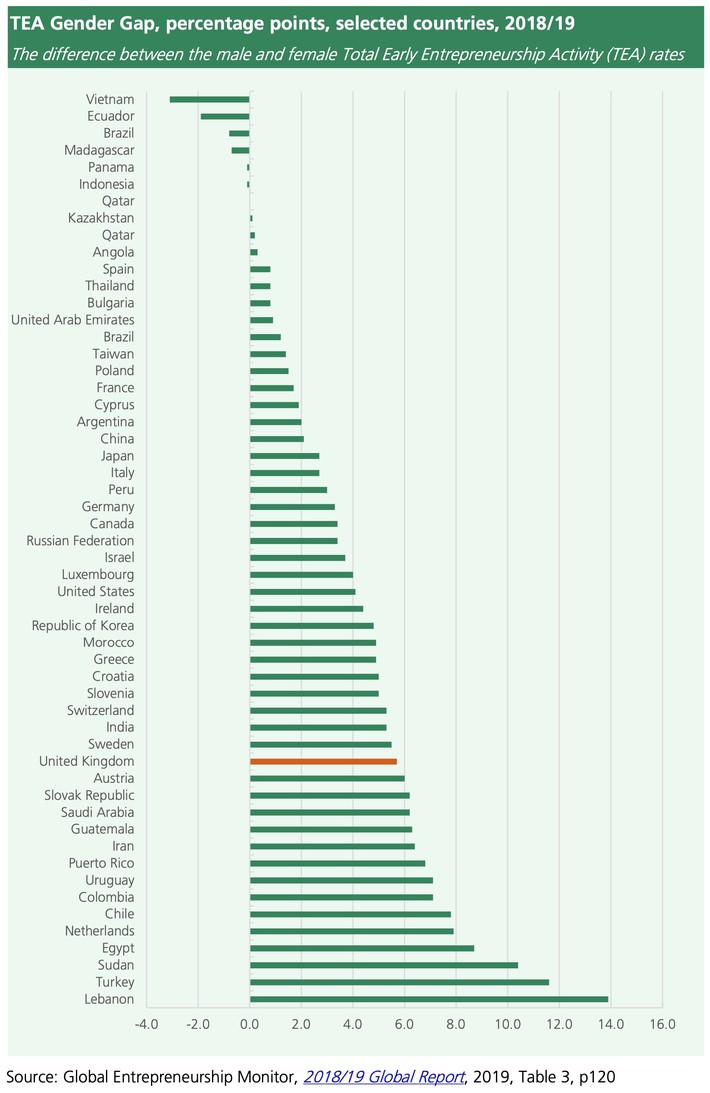